I called him on my way home from work and was surprised he was being asked through for his evening meal.

He eats at 7 or 8 normally when the family eat. I asked if he would have supper and he said " cup of tea and a biscuit- you get two if you are in favour"

We have been trying hard to get him to eat as his teeth don't fit and his illness means he is not so hungry these days so I am interested in how well he is eating as has lost so much weight.

Then he said that the food for tea was got ready in advance and left in warming plates..

And if you know my family we are obsessive about the quality of our fried eggs...

I cannot imagine my Dad voluntarily eating a hard fried egg... I grew up in a house where only he could cook the eggs - Mum never tried as he wanted them just right. Dads fry ups were really good but probably because of the care he took.

I have given up cooking his eggs unless I am feeling really brave or he is laid up in bed.... he is passionate about his eggs and woe betide me if they are not 'just right' - you know soft inside and white on top.

Its not a big thing -is it?

but hey, when I met my friend Geri for brunch didn't I walk out of BHS and go somewhere else because the fried eggs were not right.......

I have a choice.

Popular posts from this blog 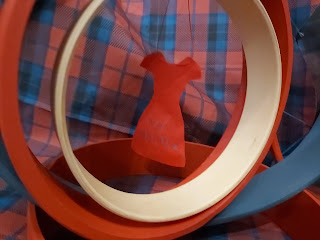 What are you doing Valentines day???  click here for the main site  :-   http://www.onebillionrising.org/?p=13051 Come to a workshop to drum your heart out! Celebrate women worldwide Call for change for women who are not free Celebrate the women in your world Men who want to support us are so welcome HAND DRUMS PROVIDED Quaker House Mutley Plain Plymouth 2pm till 4 30 or 5 £ 10 on the door Fundraiser for survivors of abuse in the Indian Residential School Survivors Society in Vancouver                                     https://www.facebook.com/pages/Celebrate-your-heartbeat/244191972310941 Facebook:- Celebrate your heartbeat for info or to let us know you are coming
Read more

Links on my site